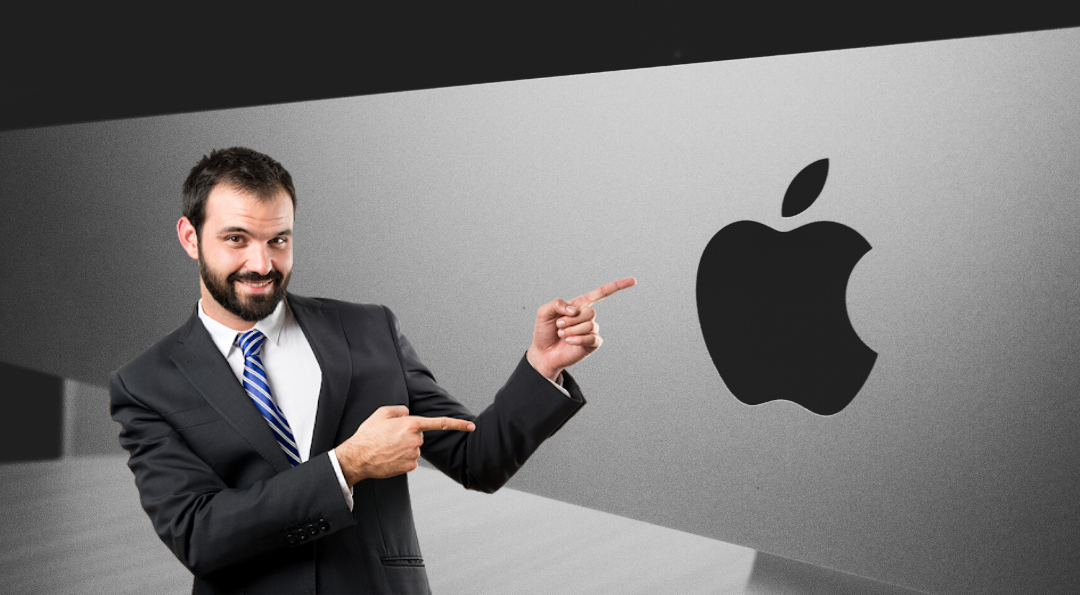 This article is the Part 2 of a 2 part series of the employee engagement strategies of the World’s best companies.

‘One of the keys to Apple is that Apple is an incredibly collaborative company.’ Steve abruptly pauses, smiles and asks the interviewer.

‘Do you know how many committees we have at Apple?’

‘Zero’ he replies, his eyes lighting up - starkly contradicting his fragile body.

We are organised like a start-up. We are the biggest start-up on the planet. There is tremendous teamwork at the top of the company, which filters down to having tremendous teamwork in the rest of the company. And teamwork is dependent on trusting the other folks that they will come through with their part, without watching them all the time. We do that really well. If you want to hire great people and let them stay working for you, you have to let them make a lot of decisions and you have to be run by ideas - not hierarchy.’

Steve Jobs was speaking during his last interview with All Things Digital, back in 2010. Steve and Apple is everything that new age business leaders and businesses envision to be – all for the right reasons.

Between September 1997, when Steve was rehired into Apple as the interim CEO, and August 24, 2011, when he retired, Apple’s stock grew by a staggering 100 fold.

‍Apple was worth in 2020 a 1.4 Trillion billion USD, which is greater than the net revenues of Google, Amazon and Microsoft - who are 3 of its closest contestants to be the world’s biggest brand.

As Steve denotes, the team at Apple is behind its overwhelming success and this article inspects how the organization ensures this through their employee engagement strategies.

Time and again, Steve Jobs was seen emphasizing his role at Apple was to spearhead their organisational vision.

young Steve is seen expressing, in a 1984 interview

Even decades later during a D5 interview, he says, ‘my job is to get this ship [Apple] pointed in the right direction.’

The Executive Team (called ET) at Apple that runs each of the functions, own the power of all decision making – not the board. Each of their Monday morning meetings is a powerhouse for alignment during which they review the entire business to ensure all departments are on the same page. They elaborately discuss products, processes and innovation and take drastic decisions on each of these. As they agree upon a decision and disperse from these meetings, each of the participants execute this coherently.

Steve Jobs is famously known for genuinely obsessing over the smallest details. For instance, ‘Jobs even insisted that the matte black finish be coated onto the inside of the cube's case, even though only repairmen would see it’, quotes Walter Isaacson, in his biography on Steve Jobs. This detailing even went into defining the roles of each employee.

Apple’s teams are divided into functions and not divisions, where these groups completely own expertise, innovation and development of these functions. The development process at Apple is organic, where these teams work on tasks in parallel, unified and channelized by the ET meetings.

“Innovation distinguishes between a leader and a follower”, Steve famously quotes.

There are many ways Apple ensures the cycle of innovation is enabled and following are a few:

“Design is not just what it looks like and feels like. Design is how it works” says Steve Jobs.

Industrial Design is placed on top of all the other divisions at Apple. This is to ensure that the best-designed hardware prototypes get to be turned into actual products, without being optimized and deformed by engineers.

‍Steve Jobs considered Jony Ive, the then Chief Design Officer of Apple, as a confidante in design because he felt Jony understands the operational power of design and that Apple is a product company.

Following is a stark example of the importance of Product Design at Apple:

Absence of P&L for all departments

Except for finance, no other department has a P&L at Apple because they believe that P&Ls are distractions to innovation. Since finance is a specialised function in itself, having the technologists to learn it and be controlled by the financial implications was believed to bring down their ability to innovate.

‍Apple Park at Silicon Valley includes a fitness centre, an energy plant and acres of apricot orchards. Every detail of the plan has been carefully examined to create the ideal environment for innovation and ones that encourage collaboration between workers and between departments. Jonathan Ive, the former Apple's chief design officer, says that the building enables scores of people to connect, walk and talk.

Apple has spaces called pods for each activity an employee engages during the work day - pod for office work, pod for teamwork, pod for socializing, etc.

These pods are distributed democratically – not even the CEO gets an incongruent pod. It is also a good way to provide flexible space for different types of work.

There is a reason why Apple has consistently taken a top spot in customer satisfaction rankings. Partly, this is because Apple relies on customer knowledge for innovation and improvement. Feedback surveys have proven to be an especially useful way for Apple to gather customer insights. The company emails surveys to customers immediately after they have made a purchase.

We’re working hard to include more diverse perspectives.’ Says Apple on their website and how the last financial year (2018-19) over half of their new hires in the United States were from historically underrepresented groups in tech — women, Black, Hispanic, Native American, and Native Hawaiian & Other Pacific Islander.

Jay Elliot, one of the biographers of Steve Jobs.

‍Apple has a Spoke-and-Wheel Hierarchy, at the top with Tim Cook at the centre. The next tier of the corporate structure has function-based grouping, who are the senior vice presidents who report to Tim. The current hierarchy enables more collaboration among different parts of the organization and more autonomy for the divisional leaders.

The higher and lower tiers of the hierarchy have product-based and function based divisions. There are senior vice presidents and vice presidents for different outputs or products. This helps to effectively manage specific products or product components that the company plans to deliver.

Through this organisational structure, the business functions and product-based groups are effectively controlled by the corporate directives. This facilitates effective implementation of strategic management implementation, and helps in creating alignment throughout the entire organization.

1984 documentary on Macintosh and Apple

Product teams are small with each teams being in charge of each product exclusively. The deadlines given to these teams are quick and milestones are short. – based on the decision taken by the ET and learnings on the progress of the project. Quite contrary to traditional product management, products are not processes from team to team – they are worked in parallel.

addressing a class from MIT Sloan.

They make wowing customers a priority for every frontline employee, not just a central team at headquarters. Instead of infrequent satisfaction studies, they ask their customers for feedback all the time. Employees extensively use these feedbacks for training and improving their effort.

As a complement to this effort, Apple also surveys its employees every few months. Instead of these efforts being that of the HR, employee engagement a top priority is made a top priority for frontline managers and division heads.

These employee surveys are extensively reviewed by the respective managers. Employee focus groups help identify key issues and provide suggestions to help develop solutions to these issues. These recommendations are quickly implemented by the teams. Over and above this, employees can also raise issues with upper management by posting on the Can We Talk section of the internal human resources website.

Both the survey efforts go hand in hand. Both require real-time learning and the employee experience is further nurtured by the customer experience. Through the customer surveys, employees learn how to wow customers and both employees and customers feel great in the process. This process is also called the Promoter Flywheel and this has proven to have great financial performance.

In 2015, Apple announced free shares to all of its employees, known as Restricted Stock Units, with initial grants ranging from $1000 to $2000. Even previous to 2015, Apple always had similar stock options that were available for their senior executives.

Stock options have been a great way to drive entrepreneurial ownership amongst employees so that they exhibit fruitful organisational citizenship behavior. This is also in tune with how Steve calls Apple the ‘world’s largest start-up’ where each employee works as a true owner of their functions.

Apple is well-known to be providing employees with great perks.

Apple provides great discounts on Apple products anywhere in a 15 to 25 percent range. Apple frequently gives every employee gifts ranging from the iPod shuffle to the iPhone.

Even the storefront employees attend a considerable number of learning opportunities, team events and activities, and this allows them to keep their motivation high. Apple uses these events to reward and recognise its achievers.

“We have a tradition of ‘clapping out’ Apple employees when they leave the store at the end of shifts,” one of the Apple store managers said in an interview. “The Apple Store is an amazing place, like a community center. People go in with a sense of excitement. The employees know what they’re doing. There’s camaraderie.”

It is inspirational to watch the story of Apple’s success. From the very beginning, under Steve’s leadership, the organisation has been an arena for product innovation and impeccability. This bespoke quality is replicated and generated in immense quantities. The fact that Apple is the largest manufacturer (out of not just electronic, all possible manufacturing in the world) – generating 2.6 times the revenue Microsoft generates out of their hardware, closely portrays the size of this quantity.

Only a rigorous and consistent engagement strategy can allow Apple to sustain this momentum. Quickly adapting to new demands of the market and delivering products that gratify the buying desires of the consumers, Apple has set itself apart. A strong organisational culture, visionary leadership, goal setting, innovation and strive for quality are cornerstones for this organisation’s exceptional journey.

The All-In-One Solution for Employee Engagement

Improve employee productivity, performance & retention with an easy to use engagement application. Find about our extensive employee engagement programs and rewards and recognition platform. Want to know more? Book a demo or start a free trial.